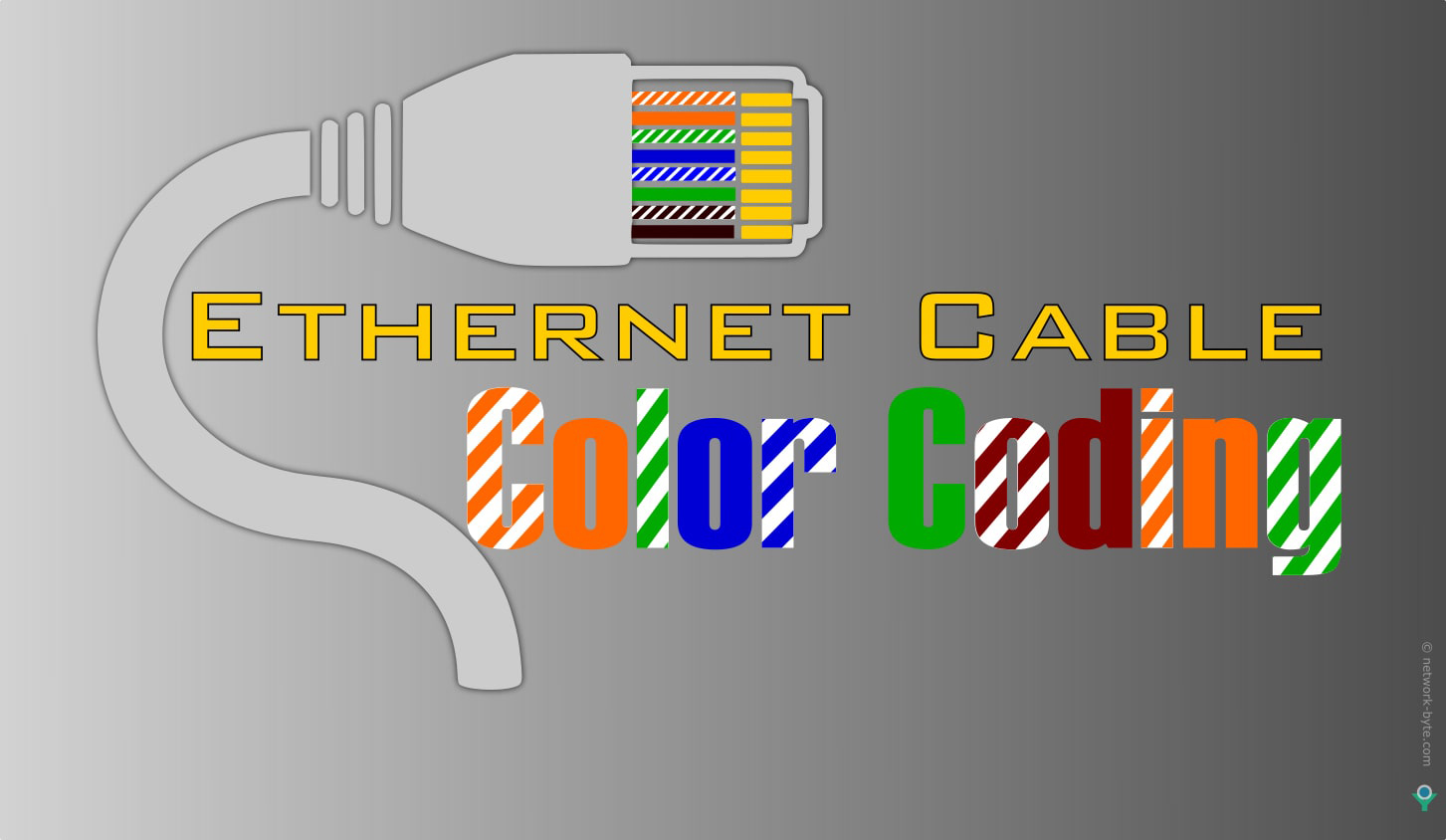 Ethernet cable which is used to connect networking devices through UTP cable and end is terminated with RJ45 connector. In UTP cable consist of 4pair or 8 wire of different color that is used to terminate on RJ45 or 8P8C connector. Ethernet cable color coding as standardized by EIA(Electronic Industries association) and TIA(Telecommunication Industry Association) there are two standard EIA/TIA-568-A and EIA/TIA-568-B. 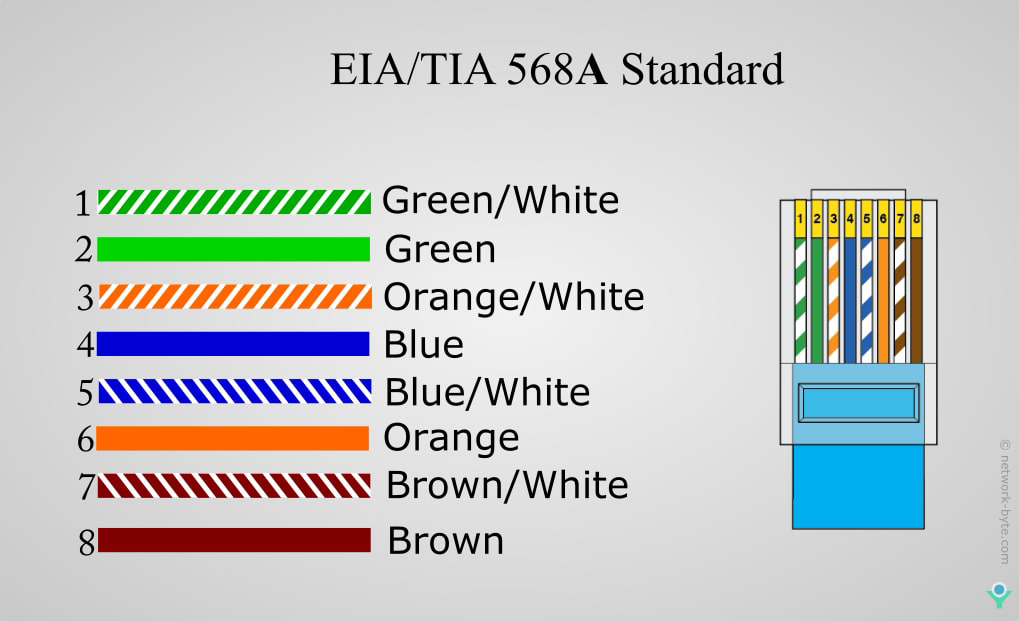 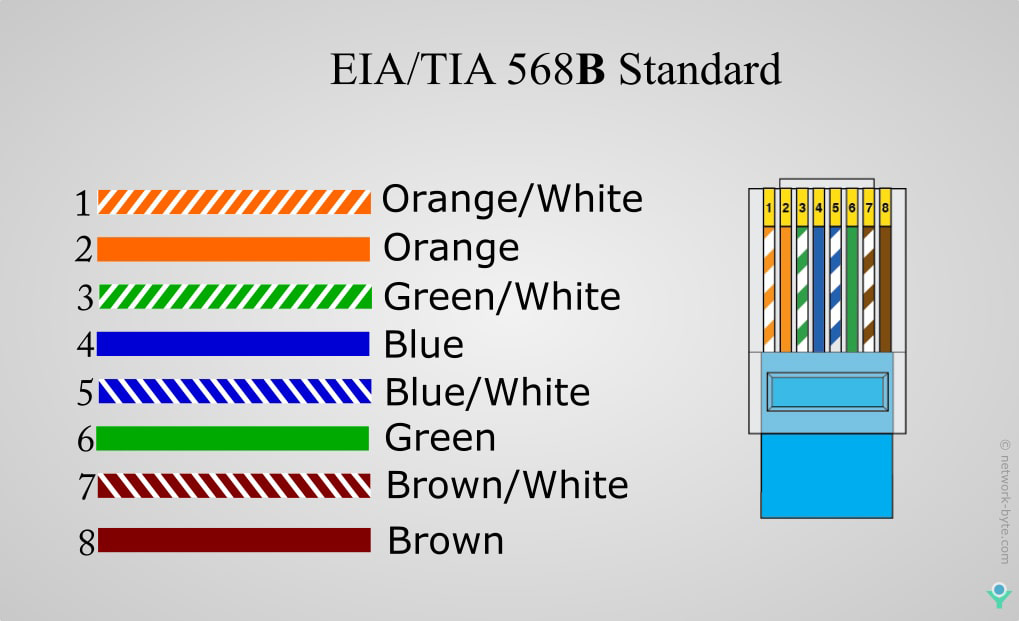 An easy way to remember color code is in odd places(1,3,5,7) color with white strip are present. Two types of Ethernet cable connection are made using EIA/TIA-568-A and EIA/TIA-568-B standard 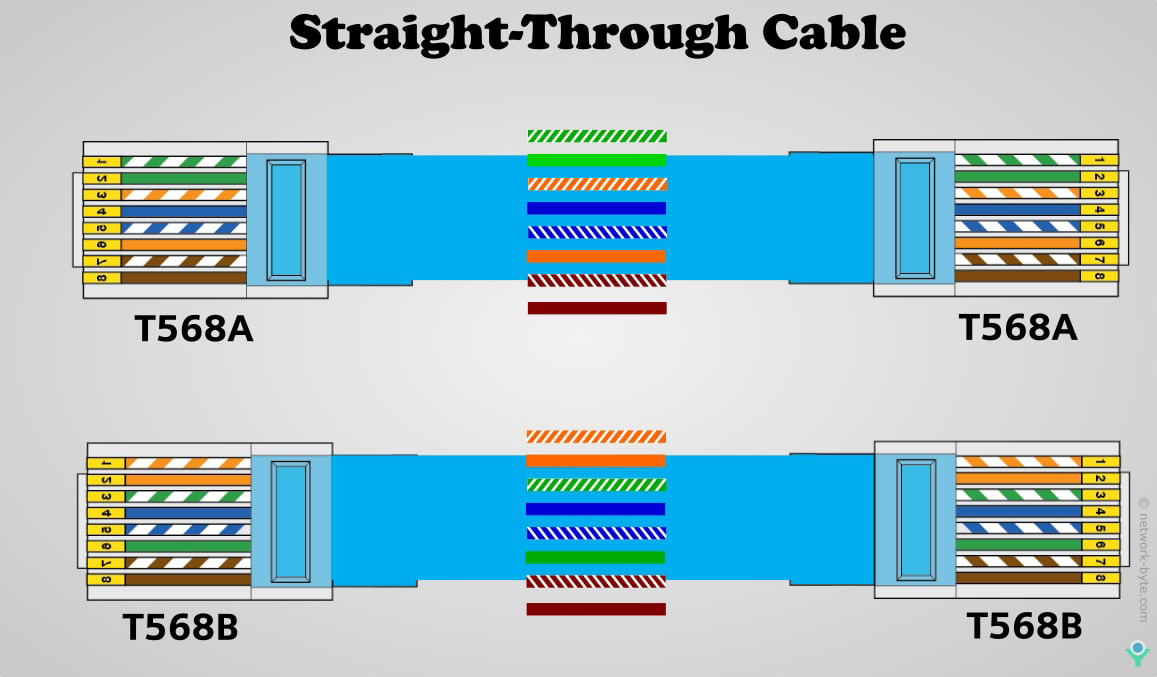 MDI– Medium Dependent Interface type of Ethernet port found on network devices device like  end station, ethernetcard that inside our computer or laptop.

MDIX(or MDI-X) – Medium Dependent Interface Crossover is similar to MDI, but interchange the transmit and receive pins within the interface. Device are generally infrastructure equipment like router, Switch or firewall etc

In straight through 10Base-T and 100Base-T four wire (Two Pair) of UTP cable is used and in 1000Base-T all the eight wire (Four Pair) are used.

In crossover ethernet cable both the end is terminated with different standard i.e. EIA/TIA-568-A and  EIA/TIA-568-B standard.

In Crossover Cable 10Base-T and 100Base-T four wire (Two Pair) of UTP cable are used and in 1000Base-T all the eight wire (Four Pair) are used. 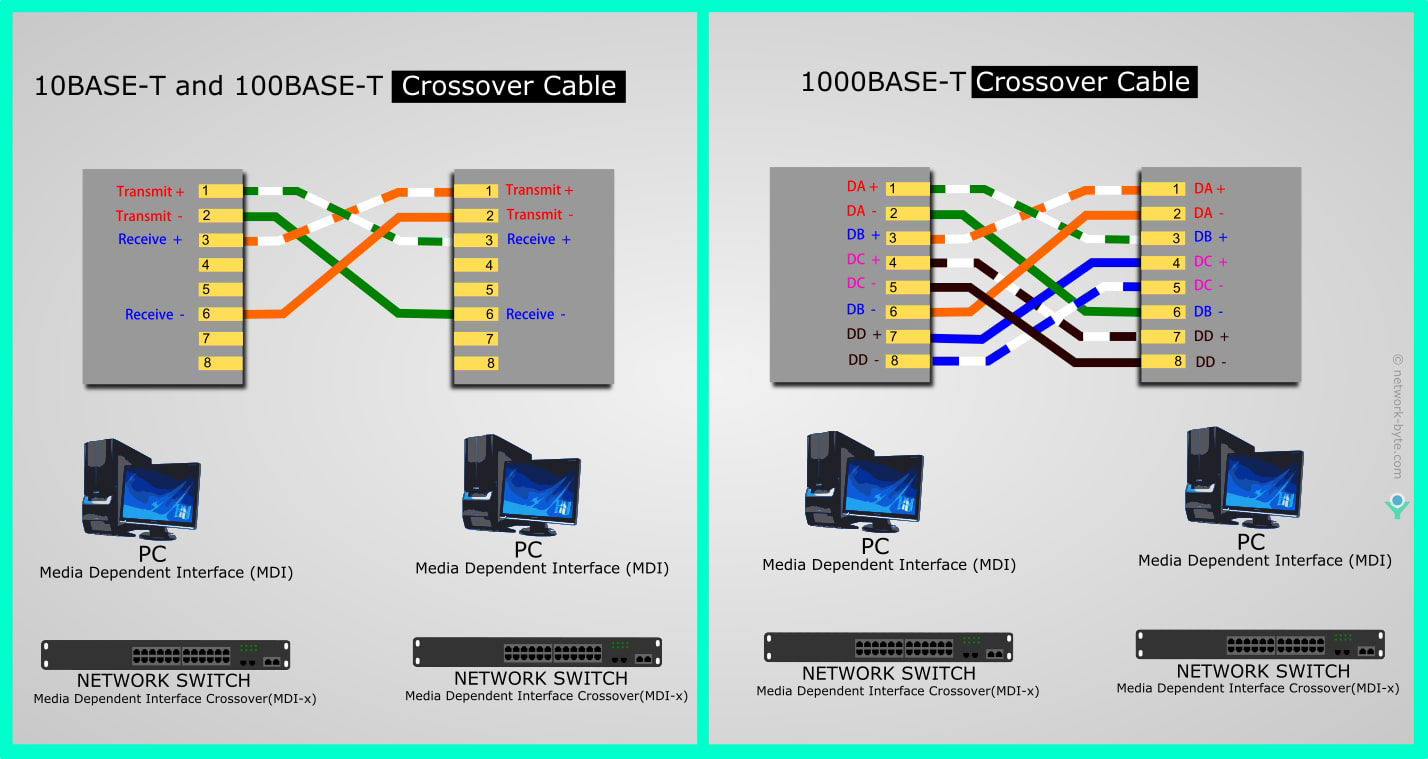 Auto MDI-X A feature in modern Ethernet switches that allows a switch port to dynamically detect if it needs to be operating as an MDI or on MDI-X interface, and adjust its pin out accordingly. 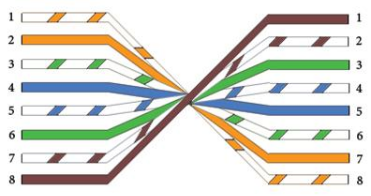 It is used for testing physical port. A loopback cable redirects the output back into itself. It is used to test network issues.

Rj45 Loopback cable used in ethernet and FastEthernet where four contacts are used transmitter pair and receiver pair are used. Gigabit Ethernet uses all eight contact where the transmitter and receiver are loop or redirect. 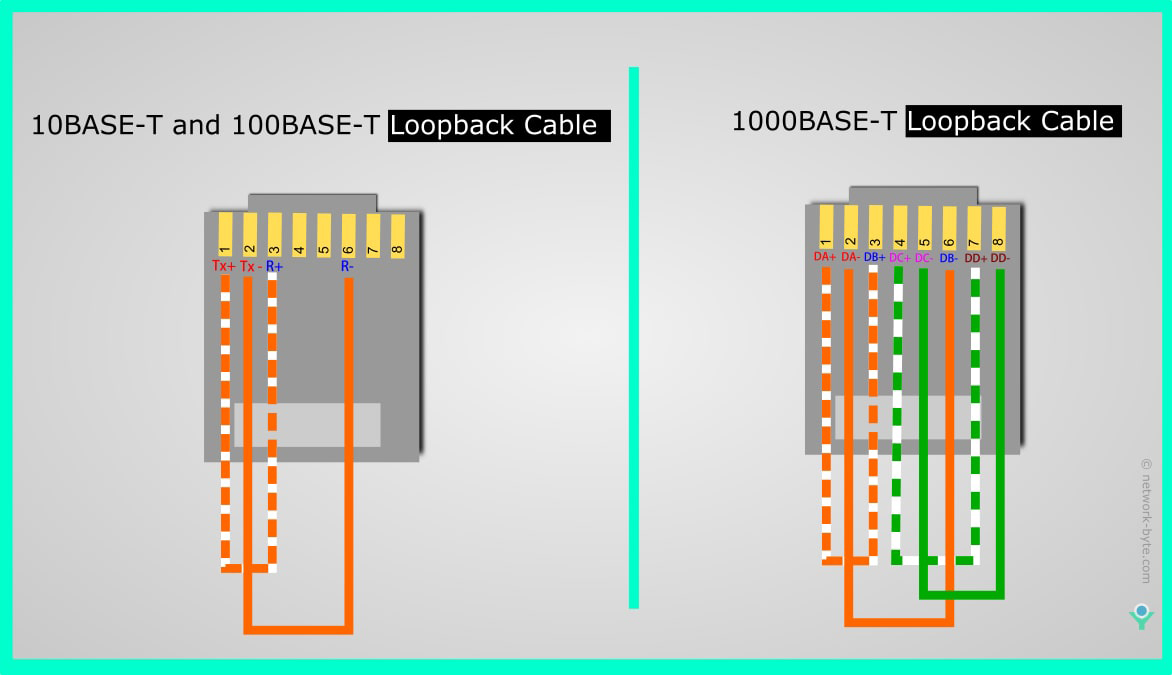 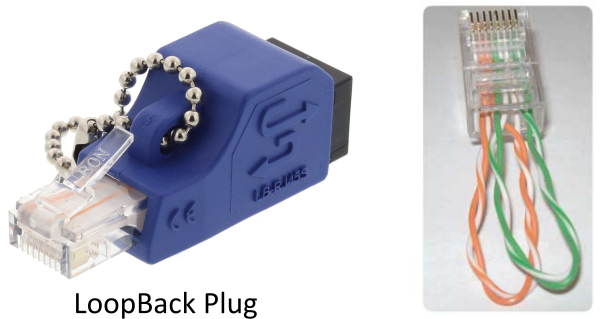 Fiber optic loopback incorporates two fiber optic connectors one receiver and other transmitters which are plugged into the output and input port of the equipment respectively. 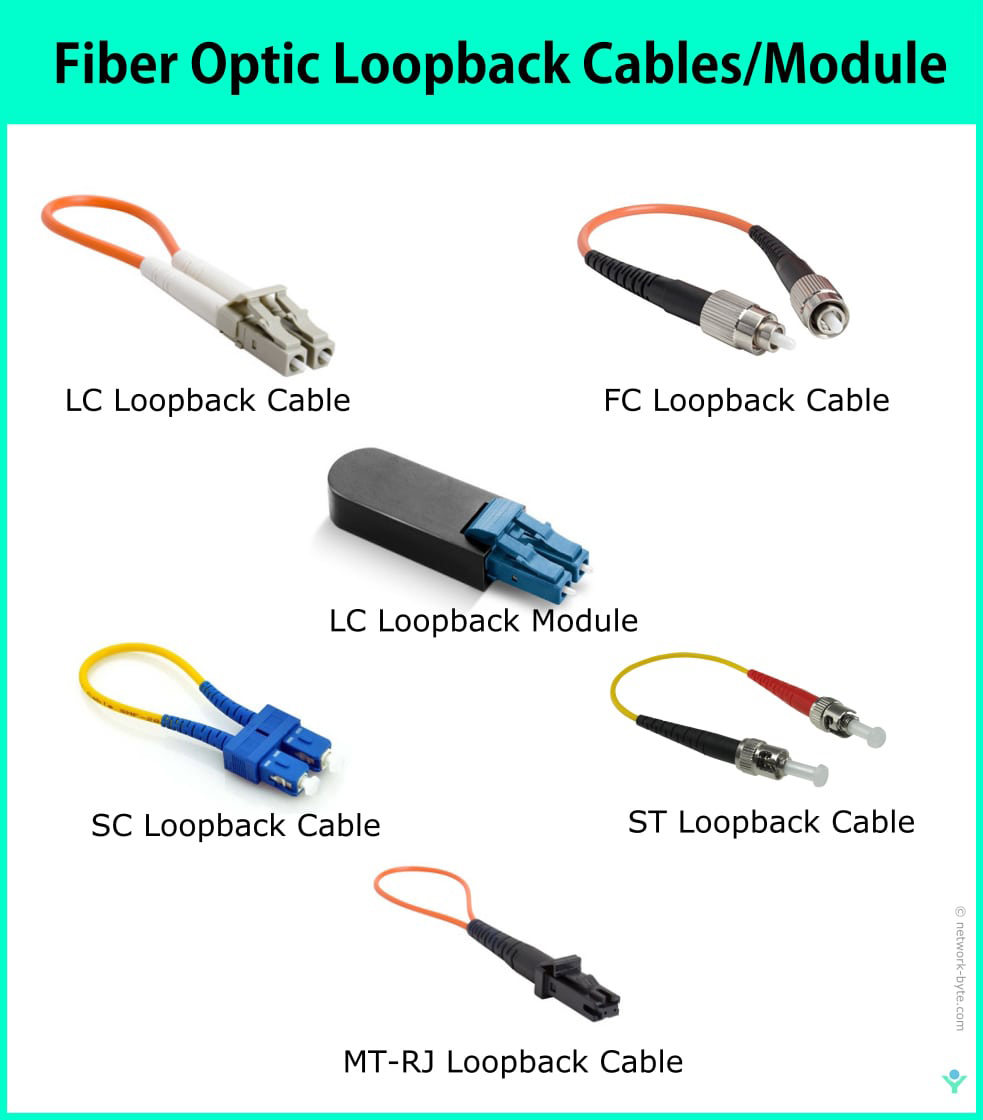