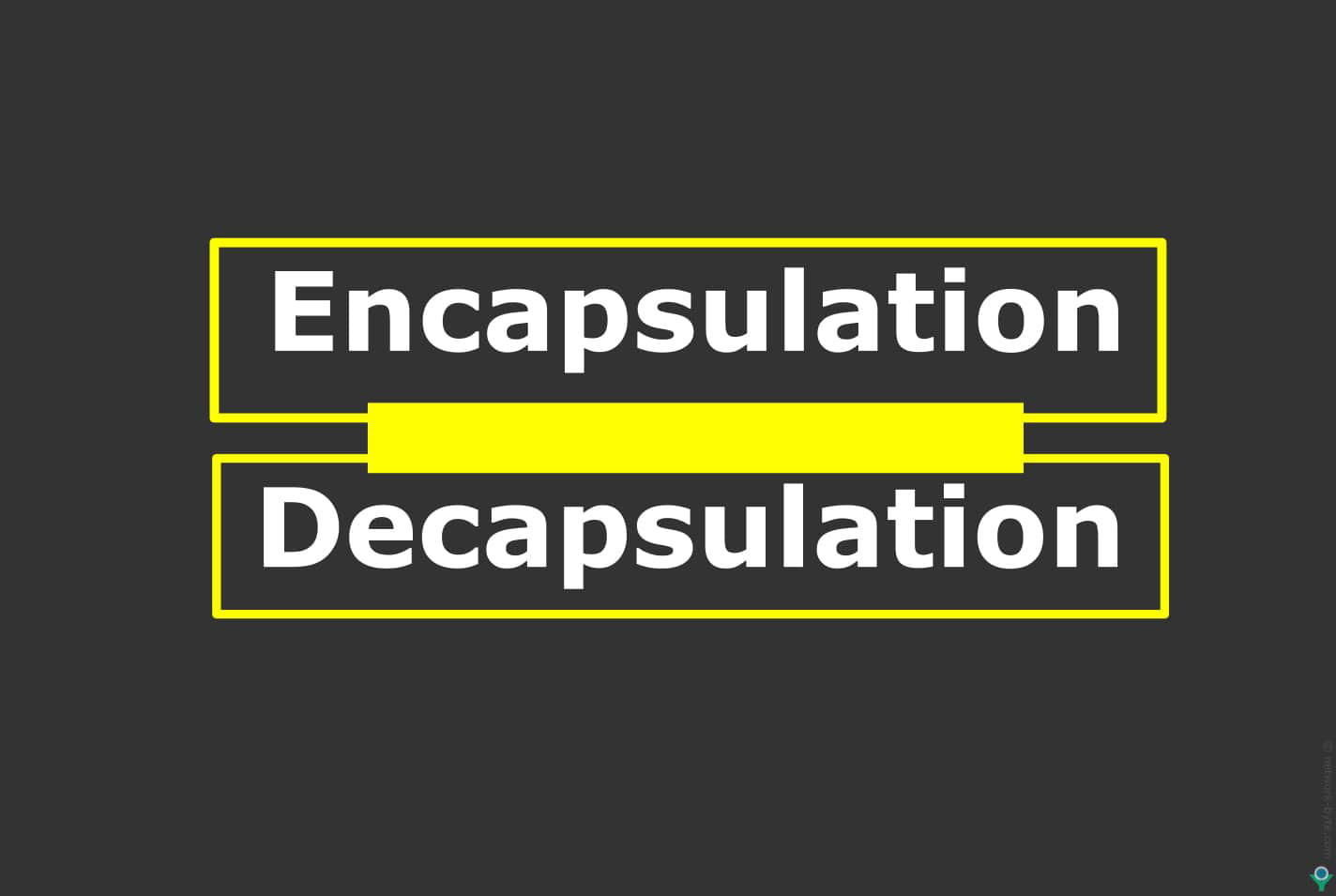 In a computer network, data communication occurs through layers of architecture (OSI or TCP/IP). In these models, Data goes through the layers by layer. Data encapsulation is required when we send the data from a source computer to the destination computer. The reverse process of encapsulation (or decapsulation) occurs when data is received on the destination computer(incoming transmission). Data Encapsulation and Decapsulation at sending and receiving end respectively.The interaction between the protocols operating at different layers of the (OSI or TCP/IP) model takes the form of each protocol adding headers to the information it receives from the above layer. The Information from the receiving computers flows upwards discarding the corresponding header at each layer.

Encapsulation refers to the process of putting headers (and sometimes trailers) around some data.

Process of encapsulation in TCP/IP at the sender side

When a host sends data it can layer in the five-step process. The first four steps relate to the encapsulation performed by the four TCP/IP layers, and the last layer where actual data transmission takes place is the physical layer

Here, we are using the five-layer TCP/IP model, The encapsulation process steps are summarized in the following manner.

Step 2. Encapsulate the data supplied by the application layer inside a transport layer header. Based on host application a TCP or UDP header is typically used.

Step 3. Encapsulate the data delivered by the transport layer inside a network layer (IP) header. IP is a unique address on the network or each host. IP Address ensures where the packet has to be routed.

Step 4. Encapsulate the data supplied by the network layer inside a data-link layer header and trailer. This layer uses both a header and a trailer. The header holds the MAC address. The MAC address specifies where that physical address of the data to be sent.

Step 5. Transmission of the bits. The physical layer encodes a signal onto the medium to transmit the frame. 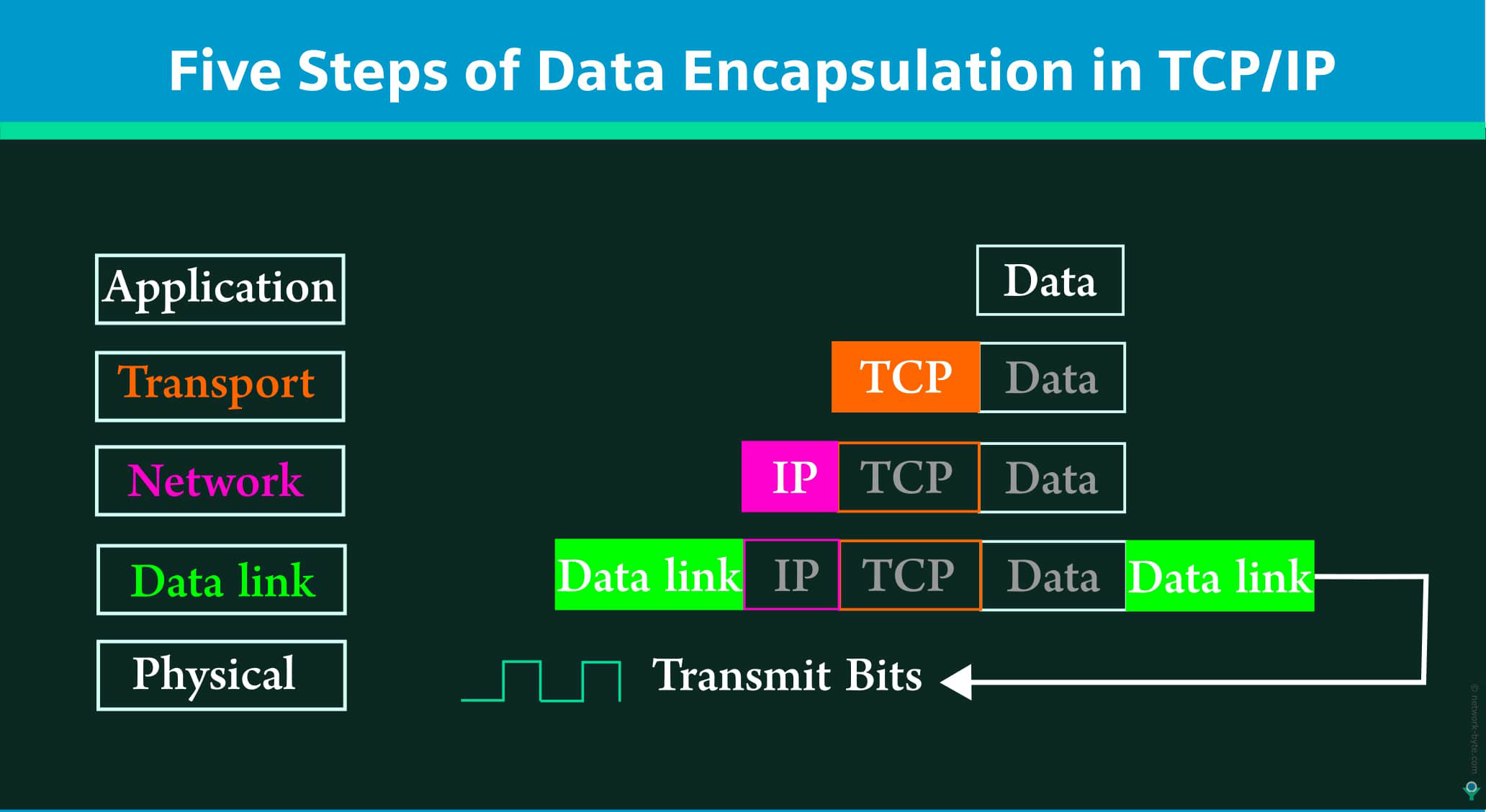 The terminology of TCP/IP Messages

The interaction between the protocols operating at the different layers of the OSI model takes the form of each protocol adding headers to the information it receives from the above layer. The information from the receiving computers flows upwards discarding the corresponding header at each layer.

OSI uses a more generic term to refer to messages, rather than frame, packet, and segment.OSI uses the term protocol data unit (PDU). A PDU represents the bits that include the headers and trailers for that layer, as well as the encapsulated data.

For example: A TCP segment of data using OSI terminology, is a PDU, more specifically a layer 4 PDU (abbreviated L4PDU) because TCP is Layer 4 protocol in the OSI model. In general, OSI refers to the layer x PDU (LxPDU), with x referring to the number of the layer. 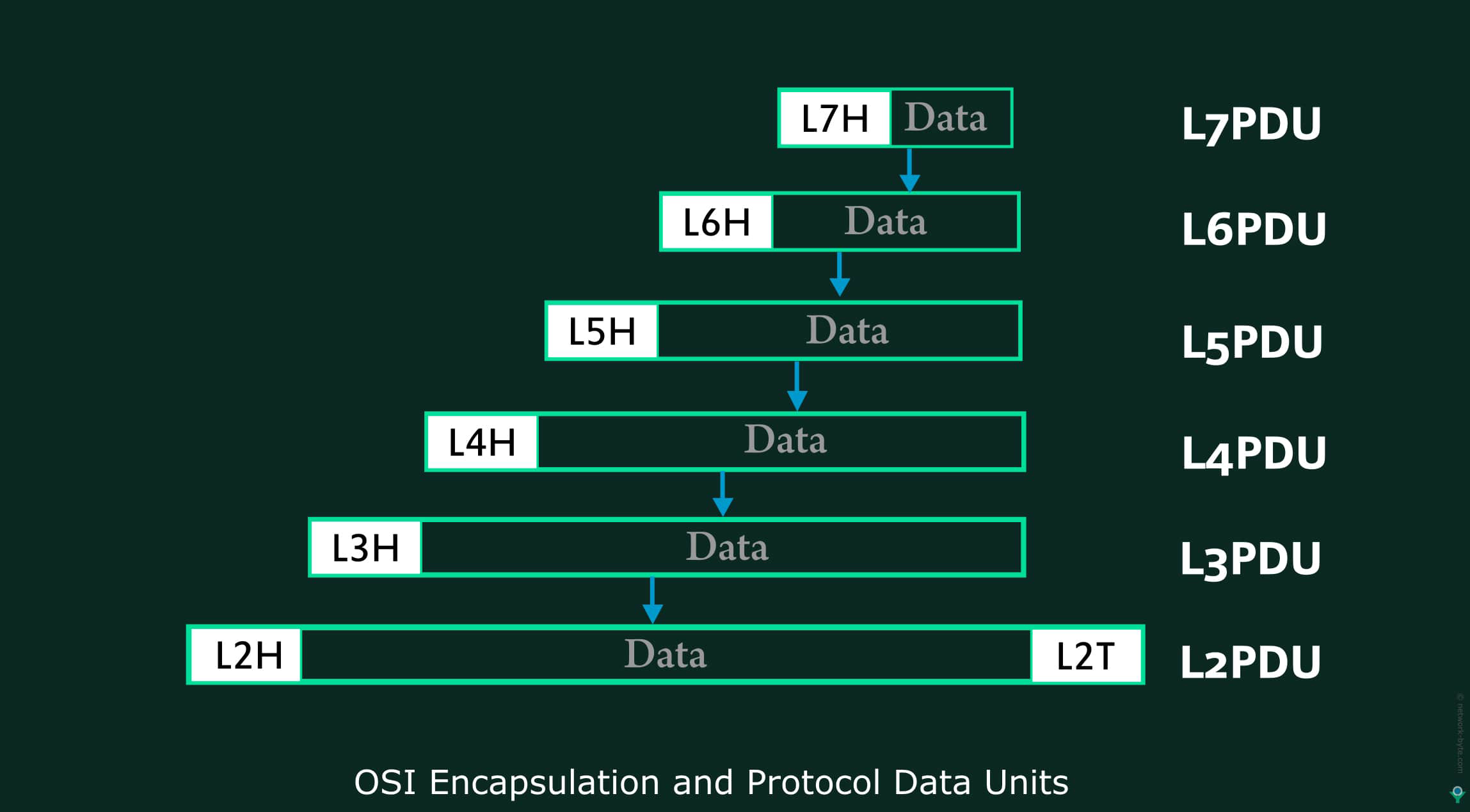